Coming from a school that produced 100% matric pass rate with 97% of the candidates achieving university exemption in 2012, King David Linksfield was proud to see their former students, and twin sisters, on the list of the University of Johannesburg’s (UJ) top 10 first-year students.​
Bianca and Talia Fisher are both King David School (Linksfield) matriculants, and both were among the top achieving degree students at this year’s Top Achievers ceremony, held on 13 September 2013. The Fisher twins are currently studying towards BCom degrees in Human Resource Management within the Faculty of Management.
The Top Achievers ceremony is held every year to highlight the excellent achievements of UJ’s top first-year students during their first semester examinations.
Bianca Fisher was placed third, having achieved an average of 89.4%, and her identical twin sister Talia Fisher was placed in sixth place, with an average mark of 87.80%.
When asked how they felt about their achievement and being honoured by the University, naturally, their response was the same. They both emphasised on how amazing it felt to be recognised for their hard work. Bianca went on to say: “Varsity life is way different from life in high school, it’s a reality shock. The work is challenging but I love it”.
Talia, on the other hand, said she wasn’t expecting an award, saying: “I never chose to study a BCom Human resource Management, it was a course that was recommended to me by a career guidance teacher and ever since I have fallen in love with it”.
The twins were accompanied by their proud mother and their grandparents, who witnessed both young ladies receive recognition for their hard work. Their mother, Brenda Fisher also accepted the school’s award, on behalf of the principal of King David Linksfield, for producing two of the top students among the University’s first-years.​​ 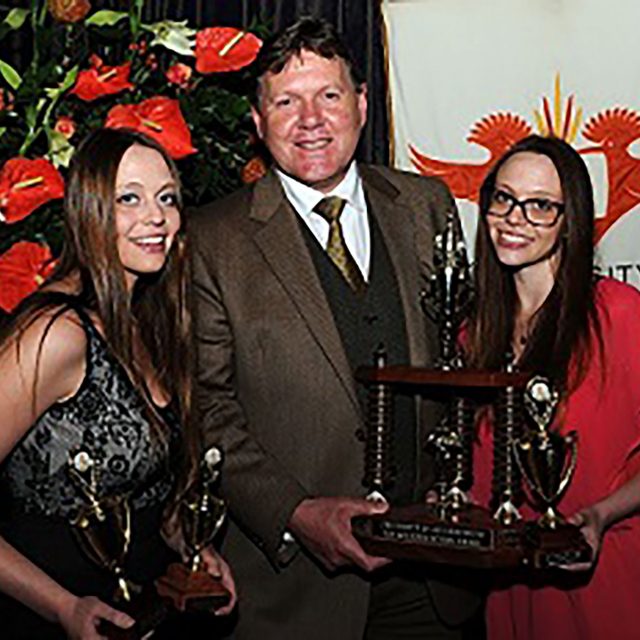