Lifa Hlongwa learned a few lessons from competing in the international 16th Gavirate International Para-Rowing Regatta in Italy between 9 and 15 May 2022. Although he finished in 14th position in the first and 9th in the second regattas, this was a learning curve for the third-year BCom in Economics University of Johannesburg (UJ) para rowing student.

The South African youngster competed against young people representing Italy, France, Great Britain, Tunisia, Poland, Australia, Israel, Thailand, Canada, and Uzbekistan. The 16th Gavirate International Regatta took place from 13 to 15 May 2022. Hlongwa joined the para rowing camp between 9 and 13 May 2022, prior to competition.

This was his maiden international appearance. “This means a lot to me. I am a novice in rowing. It was an incredible experience and that has given me a glimpse into what I can achieve at that level in the future,” says Hlongwa.

He adds, “I struggled with a lower back pain. This made it a bit difficult to row. I need to deal with this in my next preparation for such events so that I can achieve a podium finish.

In 2017, Hlongwa dislocated and fractured his spine at the base of his neck due to a tackle during a rugby match in high school. His injury led him to start rowing at Durban Rowing Club for rehabilitation, which became his regular sport.

He joined the UJ Rowing Club in 2019 after Coach Sizwe Ndlovu, UJ Rowing Head Coach and Team Manager, was impressed with his performances at the Odyssen Challenge. He is a currently a UJ scholarship student.

“Three years ago, it was my dream to compete in international competitions. Today, I am pleased to be in this space competing with the best international rowers. My ultimate goal is to compete in the Paralympics in the future. That is what motivates me,” says Hlongwa. 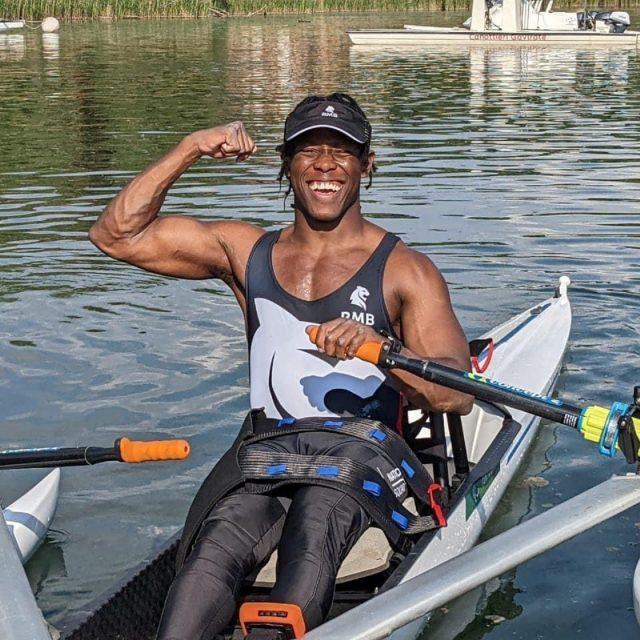