​​​Lucky Pane, an Economics student at the University of Johannesburg (UJ), was awarded the top prize of the Old Mutual and Nedbank National Budget Speech Essay Competition. This competition is the most prestigious essay competition in South Africa and past winners of the competition read like a “who’s who” of South African economists.​​

The top prize of R150 000 is awarded to the winner of the postgraduate section of the competition. To win, students have to write an essay on a predetermined topic and impress the adjudicators with their understanding of the economy during a panel interview.

Pane’s essay argued for using the pricing structure of electricity as a targeted tool for industrial development and also as a way to promote socioeconomic equality. At the banquet where the winner was announced, Pane was described as “one of the best winners ever” and he received his prize from the Minister of Finance, Mr Pravin Gordhan.

Pane was one of two UJ student finalists who were mentored by their Economics Lecturer, Mr Arnold Wentzel. Summaiyah Adamjee was one of the top 10 finalists in the undergraduate section of the competition. 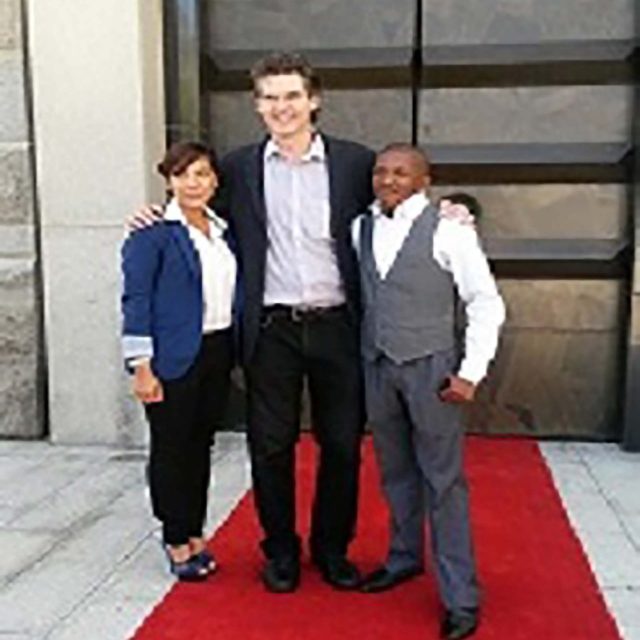