The University of Johannesburg (UJ) will face the University of Pretoria (Tuks) in the final of the 2014 Varsity Football tournament after both sides secured penalty shoot-out victories in their respective semi-finals.

The semi-final between UJ and the University of Free State (Kovsies) tied at 2-2 on the final whistle. UJ edged their hosts in a nail-biting penalty shoot-out, eventually winning by three penalties to one in Soweto on Monday, 08 September 2014.

Kovsies won the toss to kick-off the match, but UJ won the ball back quickly and tried to assert themselves with defender Wisdom Mathebula unleashing a powerful first-time shot to give UJ an early lead.

That forced the visitors to press high up the pitch in search of an equaliser, but UJ were full of confidence and managed to absorb the pressure without much fuss. The battle in the midfield was fierce as both sides looked to take control, although opportunities on goal became scarcer as the first half wore on.

The sides were equal 10 minutes before half-time as Kovsies’ Walter Phori met a pinpoint long ball and beat UJ goalkeeper Mduduzi Khumalo from close range to make it one all. That was the first goal that UJ have conceded from open play all season swinging the home side, UJ, into action, but Kovsies held out well and the teams went into half-time deadlocked at 1-1.

Both teams made a determined start to the second half as they sought to take control and it would be the visitors to take the lead as Kovies defender scrambled a goal after UJ’s defence failed to deal with a cross into the box. UJ drew level on the hour mark as UJ’s Kaylan More got on the end of an accurate cross from UJ’s Ruben de Freitas, and his header gave Kovsies goalkeeper Serasengoe Moodie no chance to level the scores once more.

UJ will meet Tuks in what promises to be an exciting final Varsity Football match in Soweto, Monday, 15 September 2014. 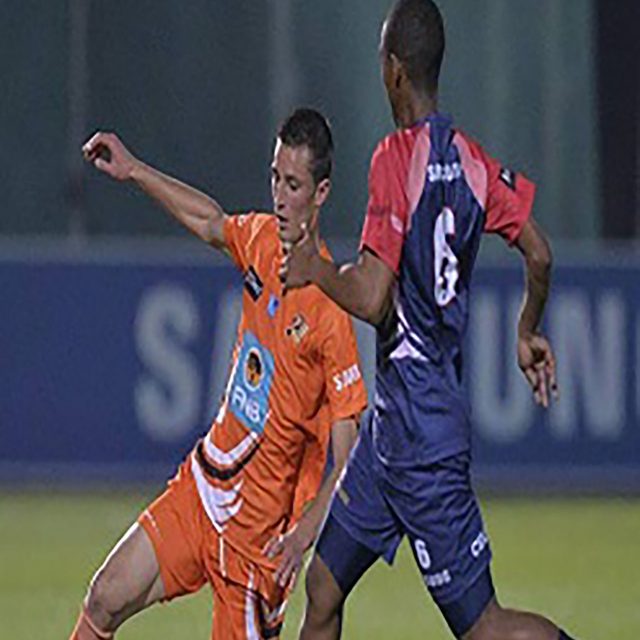