Dr Vic Nicolis, a PhD graduate of UJ’s Department of Botany and Plant Biotechnology, was awarded the Bronze Medal of the South African Association of Botanists (SAAB) for the Best PhD Thesis in Botany. This is the highest accolade awarded to a young scientist by the SAAB. He and his PhD Supervisor, Prof Eduard Venter, were invited to the 2020 SAAB Meeting at the Qwa Qwa Campus of the University of the Free State for the award ceremony.

His winning thesis, titled ‘A novel integrated domain carrying nucleotide-binding leucine-rich repeat gene, Adr1, plays a role in the wheat-Russian wheat aphid interaction’, was chosen based on the contributions that Vic made to the field of plant-pest interactions. A testimonial to Vic’s dedication and contribution to the field was summed up by his external examiners remarking that he is probably one of few PhD candidates in South Africa that could have pulled off this study and that he has challenged the status quo and in true science philosopher style opened lively discussion among researchers.

At the outset of the study, he aimed to use small RNA molecules to increase the understanding of how wheat responds to aphid infestation. However, the work led to discoveries that contributed to three fields in plant interactions and genetics. Through the small RNA work, he discovered that a nucleotide-binding leucine-rich repeat gene (NLR) with additional integrated domains function in the initial recognition of infestation by the Russian wheat aphid. This provided the first evidence that the decoy hypothesis, explaining plant-pathogen interaction, also functions in plant-pest interactions. Through further analyses of the NLR, he discovered that the currently held belief that the integrated domain was acquired once by the monocotyledonous plants does not hold true and that through the course of their evolutionary adaptation multiple domains were introgressed. This provides significant information on cereal resistance pathways and highlights the similarities and differences between monocotyledonous and dicotyledonous plants.

His analyses further indicated that one of the small RNA recognition sites is conserved in NLR genes and possibly resembles a new motif for these genes. An analysis of the 29 000 known NLR genes indicated that several amino acids are highly conserved in the monocotyledonous plants and that a tryptophan is conserved in all species examined, including humans. This study was all the more complicated as it was not performed in a model plant system, like Arabidopsis, with the wheat genome five times larger than the human genome and considered one of the most complex known genomes. ​Dr Vic Nicolis is currently working as a post-doctorate at the Department of Genetics (University of Stellenbosch) where he is continuing research into the wheat –Russian wheat aphid interaction 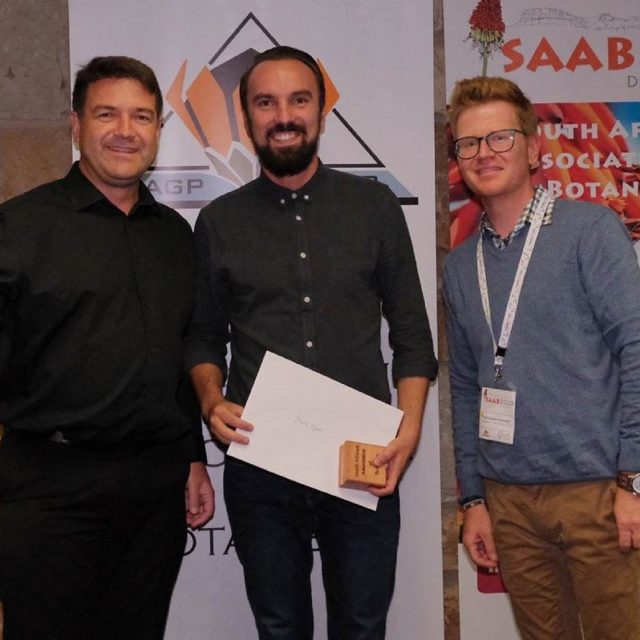