The fourth win in round eight of the 2022 FNB Varsity Cup for the University of Johannesburg (UJ) FNB rugby team has guaranteed the Orange Army (UJ) a spot in the 2023 campaign. UJ rugby claimed the crucial win with a thrilling 50-28 victory of the University of the Western Cape (FNB UWC) in Bellville on Monday, 04 April 2022.

FNB UJ powered their way to a 50-28 bonus-point win against FNB UWC to move clear of the relegation zone. UJ have secured their place in next year’s FNB Varsity Cup. This win keeps UJ in the hunt for a spot in the 2022 playoffs – although they will need to win their next match and hope that other results go their way.

After nine matches, UJ finished in sixth position on the log.

The visitors (UJ) took advantage of FNB UWC’s poor performance having conceded a series of penalties in their own half and flank Godfrey Muzanargwo shown two yellow cards – and ultimately a red – before the end of the first half.

UJ’s Jonathan Viljoen was instrumental in UJ raking in the points with successful penalties and conversions. At the break, FNB UJ led 31-14 with the four-try bonus point, also continuing to mount pressure on FNB UWC after the break.

UJ continued their attack in the second half, ending the match with a 50-28 scoreline. The Orange Army will play their ninth and last group stage match against the University of Pretoria (UP Tuks) on Monday, 11 April 2022 at the UJ Rugby Stadium in Westdene. The match will be broadcast live on SuperSport channel 211 at 17:00.

Here is how the scorers faired: 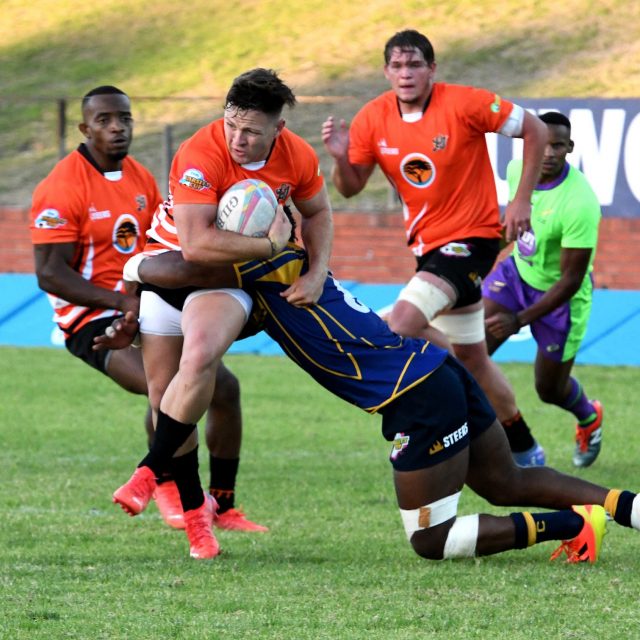