Conflict, coups as the AU turns 20

Dr Adeoye O. Akinola, is Head of Research and Teaching at the Institute for Pan-African Thought and Conversation, University of Johannesburg. He recently penned an opinion article that first appeared in the Sunday Independent: 29 May 2022.

The waves of coups d’etat that hit West Africa and the Sahel region between 2020-2021 have been unprecedented in the recent history of Africa. The last time Africa witnessed such democratic reversals was the immediate post-independence era when military putsch marred the moderate political stability experienced by West African countries, such as Ghana and Nigeria. In Burkina Faso, the military struck five times within 27 years of independence. What explains the recent recurrence of what the UN Secretary-General, António Guterres, has called “coups epidermic” in Africa?

Mali made headlines again when the government announced that an attempted coup was thwarted on 11 and 12 May 2022. The coup was reportedly led by a few anti-progressive Malian military officers under the sponsorship of a western country. While coup d’état has been spreading in the Sahel in the past years, there are several divergent root causes and immediate motivations for military interventions in the respective countries. Indeed, factors such as tenure elongation, poverty bad governance, and insecurity have been identified as the reasons for military incursions in politics, there are other decisive factors that are country-specific. One general challenge in the Sahel has been the incapacity of civilian administrations to protect lives and property, in the face of terrorism and diverse forms of armed attacks on both the military and civilian populations.

On the continent, 5,500 reported events have been linked to Islamic fundamentalist groups, and 12,700 people have lost their lives to armed attacks. Based on a report by the African Centre for Strategic Studies last year, 2,005 violent clashes occurred in the Sahel, leading to about 4,839 fatalities. In total, more than 2.4 million people, including 190,000 refugees have been internally displaced. In Mali, more than 600 civilians were killed in 2021, and between December and March this year, at least 117 people died. Of these, 71 were linked to government forces and 36 to armed Islamist groups. Chad recorded 196 battle-ready deaths in 2020, the estimate for Sudan stood at 45, and 564 Malians have died in action.

Since 2012, Mali, including its western partners such as France and the European Union (EU), has been fighting against a ruthless Islamic insurgency and groups affiliated with Al-Qaeda and the Islamic State coalition. The proliferation of conflicts and fighters from Libya, upon the fall of the Ghaddafi’s government, has increased the militarisation of the Sahel, as the conflict in Nigeria and Mali soon spread to neighbouring countries, such as Niger and Burkina Faso. In August 2020, Colonel Assimi Goïta led the execution of a coup that removed President Ibrahim Boubacar Keïta of Mali. Goïta thereafter became the vice-president of an interim government. By May 2021, Goïta struck again in a second coup, sacking President Bah Ndaw and Prime Minister Moctar Ouane from power. The military has reneged on its promise to hand over power to a civilian administration in February this year, drawing consternation from the Africa Union (AU) and the international community.

In Chad, the military, led by Mahamat Idriss Deby Itno, a 37-year-old four-star general who succeeded his father – President Idriss Déby – that was killed on the battlefield, has reneged on his initial promise of democratisation. After more than a year in power, the country has become more unstable. Both the army and the Zaghawa constitute the most perpetrators of violence among the civilian population.

Guinea has not fared better. In September 2021, the special forces under the leadership of Lieutenant Colonel Mamady Doumbouya sacked the civilian President, Alpha Conde. Sadly, the 13 million people that constitute one of the world’s impoverished countries, despite the huge deposits of mineral resources such as cement, salt, graphite, limestone, nickel, and uranium, jubilated at the military take over. The military, who regarded themselves as a liberation movement, claimed, “This is not a military coup. We are here to free the people.” Tenure elongation was the reason for the coup. After winning elections in 2015 and 2020, Conde manipulated the country’s legal framework and pushed through a constitution change in 2020 that provided for his third-term presidential tenure. The world, including regional, continental, and global institutions, watched without any condemnation, as he became a dictator until the military sacked his government.

The regional body, Economic Community of West African States (ECOWAS), warned both Guinea and Burkina Faso to disclose details of their transition plans by 25 April or face extensive sanctions. Guinea’s maximum ruler, Mamady stated, on state television a day after the deadline given by ECOWAS, that he was considering a transition of 39 months. In a show of utter mockery, he was so emboldened in his statement that he had considered a transition period of 18 and 52 months and decided on the “median proposal”

Indeed, most of the conflicts in the region are motivated by state fragility, lack of basic social amenities, structural violence, and the prevalence of acute poverty. Several African governments do not just care about their subjects. It was high time to accelerate the AU’s regional approach to socio-economic development. In the Sahel, about 50% of the youth are illiterate in comparison to the 25% percent in other zones in Africa, while only 33% of the students complete secondary school. The region has one of the fastest-growing populations and the highest average fertility rate in the global community, thereby recording on average, 5.5 children per woman. Developmental initiatives, including social infrastructures, could not match the high population rate. The depth of violence in the highly aid-dependent region has also impeded the implementation of poverty alleviation programmes by external donors. This has reinforced the nexus between security and development.

The AU and other regional arrangements have shown their incapacity or unwillingness to make Africa ungovernable for the military. Africa’s closest partner, Europe, is fast losing its influence in the Sahel. In mid-May, Mali announced its withdrawal from the G5 Sahel Joint Force (a regional anti-terrorism force), which also includes Mauritania, Chad, Burkina, and Niger. Mali and France have parted ways. While many see this as a victory for Pan-Africanism, Africans should be worried, not just at the exit of France but at the entrance of Russia and the growing power of China. The AU should intensify its conversation in the quest to address the security volatility of many regions, particularly the Sahel as it rolls out the drums in celebration of African Day and “AU at 20”. It must activate the Lomé Declaration of 2000, which empowers the AU to regard unconstitutional government as an aberration. The body must declare coup a regional epidemic that must be urgently curtailed. The AU should re-activate all its peace and security mechanisms, such as the early warning system and the Panel of the Wise, in preventing military take-overs, as well as return the military to the barracks.

*The views expressed in this article are those of the authors and not necessarily those of the University of Johannesburg. 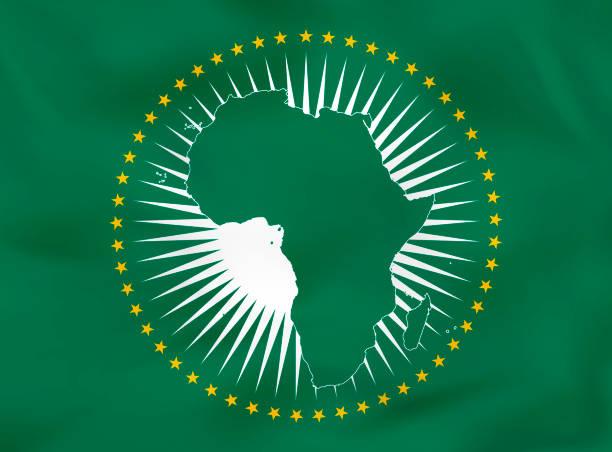