In her first week at Mondeor High School, a Grade 8 learner, Makungu Masangu, was mesmerised by rowing as a sport during the school ‘sports orientation. After being selected to join the rowing team in 2015, she took baton to a new spot.

“Since I started rowing in 2015, I never looked back. This is what I wanted to do going forward. Although it was tough in learning new skills and techniques especially with the school not having enough equipment and the coaches only working with what they had. Initially, racing week in week out was hard at the regattas because we just never seemed to improve,” says Masangu.

Masangu, who comes from Diepkloof in Soweto, joined the UJ Rowing Club in 2020 as a first-year student. She captained the team just nine months later.

“Being the UJ women’s rowing team captain is a great honor. It is so amazing to be able to lead and learn from an amazing group of people. Over the years, I have grown so much in the sport. Being a captain doesn’t mean I just give orders, but I get to serve and engage with my teammates on a more personal level and encourage them whenever I can,” explains Masangu.

The third-year Bachelor of Education in Senior and FET phase majoring in English, and addressing Neurodevelopmental Learning challenges student, admits that her rowing journey has not been easy. Keeping a balancing act on being a student-athlete requires discipline and time management, among other important factors.

Masangu’s career highlight was when the women’s A eight team finished in third place overall results in the 2021 University Sports South Africa (USSA) boat race. She did not anticipate that her team would put up such positive performances with just a squad of ten rowers.

She is pleased with the opportunities that women are now getting in the sport and the equality slowly coming to the fore. “My dream is to succeed in the sport. I believe that there is so much more ahead of me, and seeing my progress from the very first day I started rowing to where I am now fuels me to do more to achieve my goals,” adds Makungu. 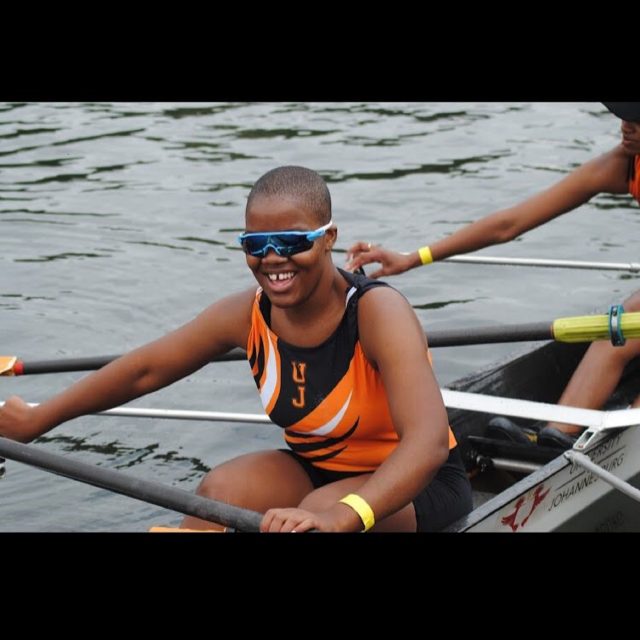