With a burgeoning video game market that is set to become the world’s fastest-growing, it is crucial to tell Africa’s histories of war on these platforms better while embracing a job-creating industry of the future.

Africa is currently experiencing a quiet but unmissable boom, with the rise of video gaming across the continent. In 2015, some 74 million Africans played video games. By 2021, the figure stood at 186 million, with South Africa having the highest proportion of active gamers (40% of its population).

Ghana and Nigeria are the second- and third-highest markets, respectively, with Kenya and Ethiopia steadily climbing. This trend is set to grow even higher in coming years thanks to the rise of smartphones, mobile gaming and improving connectivity.

Recent figures show the market has seen a 12% growth between 2020 and 2021. Indeed, in February of this year, Quartz reported that Africa is set to become the world’s fastest-growing video game market. “Gamification” is also widely regarded as one of the industries and skills of the future. Encouragingly, African game developers are also on the rise, many under the umbrella of the Pan Africa Gaming Group, or PAGG.

But video games have long been a polarising issue. Of particular concern are the effects of violent video games on young minds, including the potential for a propensity for internalising said violence. Essentially viewing violence as a learned behaviour, proponents of this view argue that violent video games give rise to violence in those who play them. The stakes are notable when we consider that most video game consumers are young people. The argument goes that these games create young people who would grow up desensitised to violence.

But the debate is vibrant for a reason. Slews of psychology teams have proved the opposite to be the case, often with the same research methods (cross-sectional, experimental and longitudinal). All the while, both young and old play on.

Potential regulators often have to confront the issue of freedom, with overregulation being a threat to fundamental liberties such as expression, property, and even association (online gaming communities are vibrant social systems that connect people across vast distances). Politicians are also sceptical of introducing regulations based on questionable evidence.

One of the most popular variants of the action video game genre is the war video game, many of whose settings are based on actual conflicts that took place or societies that existed or continue to exist. From the classic Age of Empires, which is based on historic polities of the Ancient Egyptians, Hittites, Greeks and Romans among many other civilisations, to those which are based on World War 2 (e.g. Call of Duty: WWII, released in 2017), the Vietnam War (eg, Conflict: Vietnam War, released for PlayStation 2 in 2004) and even the Iraq War (e.g. the very gripping recent release, Six Days in Fallujah).

Increasingly, video games involving African interstate wars, of which there are three conventional and one coalition, have been produced and brought to market, including most prominently World War Africa: The Congo 1998-2001.

Overall, the continent has seen two types of interstate conflict: conventional wars involving two sides and coalition wars involving two sides with multiple states (coalitions) on either side. The first type took place in the 1970s, with the Ogaden War between Somalia and Ethiopia in 1977 and 1978, and was soon followed by the Kagera War between Uganda and Tanzania in 1978 and 1979. About two decades later there was the Eritrean-Ethiopian War that took place between 1998 and 2000 over the small district of Badme.

The second type of interstate war saw a multiplicity of actors getting involved in the Democratic Republic of the Congo from 1998 until 2001, either on the side of the Laurent Kabila government (Zimbabwe, Angola and Namibia) or the anti-Kabila rebels (particularly Rwanda and Uganda, whose troops also occasionally clashed with one another).

While there is a video game involving the Congo War (the previously mentioned World War Africa), there are none based on the Ogaden, Kagera and Eritrean-Ethiopian wars. To be sure, all four wars were intense, bloody affairs, with much at stake for the people on either “side”, and are still rightly remembered with a great deal of emotion by people who lost their loved ones and their livelihoods.

The potential downsides of creating games out of these events are therefore many and evident. But, we argue, there is more to be gained from platforming these conflicts in video games, and the downsides are not obstructive enough to not be overcome.

The most evident gain would be in the domain of education. The gamification of the continent’s past conflicts would essentially mean successive generations of young people in Africa and elsewhere get to have a firmer grasp of its recent past and contemporary geopolitical landscape.

For example, at the University of Johannesburg (UJ), we have a course on African interstate wars tailored for an undergraduate class. One of the challenges in the teaching and learning experience is understanding far-away places from relatively distant times. The platforming of these conflicts would therefore aid the process and give students the first-person perspective of being in a military context in which there is much to be lost or gained.

There is the challenge of representation, however, which works as a double-edged sword of sorts. To begin with, the victims of the conflicts, and their relatives, are worthy of dignity. On the one hand, their erasure should be avoided, on the other, their confidentiality ought to be a priority just as much. This is especially important considering that three of the four wars were about peoples and claims to ancestral lands rather than resources.

If we want to be accurate and represent history instead of science fiction (as done so admirably nonetheless by the 2018 movie Black Panther through the imagined kingdom of “Wakanda”), we would thus have to contend with the reality of games putting the languages of ethnicism and irredentism in play.

The critical point is consultation and sensitiveness, avoiding exaggeration and assumptions. Thus, the game design process would also have to take stock of the insights to be offered by anthropologists, historians, political scientists — and the impacted civilians, military veterans, families, communities and states themselves. This can be done while still retaining the fun and playability elements of the game.

Essentially, games are about challenge, problem-solving, risk and rewards. All these can be infused, with very few trade-offs for being more accurate. They would also complicate the picture of how we understand war in Africa and popularise recent research.

For example, games may be designed which would represent elements such as the layered roles played by Somali women in the Ogaden War (sexist depictions being a chronic issue in game design, among other failings exposed by the Gamergate scandal); the seemingly unpredictable behaviours of leaders such as Idi Amin and Isaias Afwerki in escalating the 1978 and 1998 wars respectively; in addition to the importance of popular support for war.

More high stakes playability can be found in the postwar phases as well, with players making different strategic moves in the negotiations, which involved underappreciated Machiavellianism on the parts of Mengistu Hailemariam of Ethiopia and Julius Nyerere of Tanzania in seeking to depose their opponents in Somalia (Siad Barre) and Uganda (Amin) respectively.

In this way, counterfactual and imaginative play could be achieved by offering players the opportunity to re-imagine the postwar futures to obtain different regional histories. Similarly, diplomatic solutions and trade-offs can be made part of the gameplay.

Sensitivity around the lives behind the numbers can also be enacted in another way, in addition to the consultation with the impacted parties. It would be ideal that the game designers, software engineers and others along the value chain (or a sizeable portion of them) be from the impacted countries or their diaspora in order to ensure that the commercial benefits go to Africa in some measure, in addition to ensuring sovereignty over the continent’s heritage, which still has some way to go in order to be repatriated from its former colonisers.

Africa has long contributed to the video gaming industry, including through its mineral exports that are essential to the manufacturing of consoles and smartphones.

But short of (or alongside) Africans dominating the game design and marketing process for games involving African wars, the games themselves can make a meaningful contribution to the lives of the impacted communities. Proceeds from sales can go toward those impacted by the wars. This has been done in the past.

For example, a portion of proceeds from Six Days in Fallujah sales were slated for assisting with the Iraq War survivors’ trauma. Similar models can be made use of for African war video games and help not only retell the stories of the Ogaden, the Kagera and Badme but change them for the better.

The writers are from the University of Johannesburg’s Department of Politics and International Relations and its 4IR and Digital Policy Research Unit. 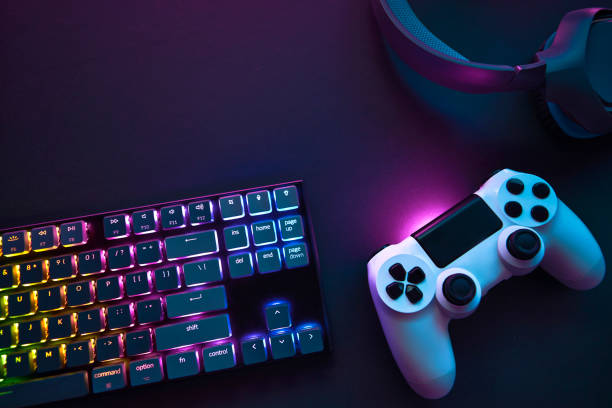