Ylva Rodny-Gumede is the head of the division for internationalisation and a professor in the school of communication at the University of Johannesburg, South Africa. She recently penned an opinion article that first appeared in the University World News on 28 February 2022.

And while reports have centred on the treatment of these students by the host country and allegations of racism have emerged, the question is why these students have not been supported and repatriated by their own governments and home institutions?

While some students have taken the step to study abroad on their own accord, many would be undergraduate as well as postgraduate studying for any length of period overseas while still being associated with a home institution and as such would be afforded some protection, not only by their own governments as any foreign citizen abroad, but also as students belonging to a university or equivalent at home.

Africans in general are suffering in these circumstances but students even more so, as they do not have access to the networks and support afforded by employers who tend to be quick to provide support as well as repatriation of their own employees stationed abroad at the first signs of unrest.

Finances are also an issue and African students abroad are often heavily reliant on stipends that cover basic needs which will not include travel and emergency costs. In addition, these students rarely have family in neighbouring countries, let alone in Europe, and often face hurdles in terms of visas for intra-European travel and African foreign missions tend to be less represented.

In the immediate situation, many students will not have access to means of adequate communication which makes it difficult to seek assistance.

What should universities do?

The first response of any university in a time of crisis (as more recently the COVID pandemic has taught us) would be to make sure that students abroad are assisted with repatriation as soon as their safety can no longer be guaranteed in their host country.

The pandemic showed us that rapid responses are often needed and that any delayed response might mean students are trapped as borders are closed.

The same could happen in a war situation, with all the added associated risks of being caught in an armed conflict. In the current conflict, the writing was on the wall and African students should have been adequately warned and assisted with repatriation as soon as Russian President Vladimir Putin made his intentions clear to invade Ukraine.

As the head of an international office, it is the duty and responsibility of my staff and myself to make sure that our students, whether in the country or abroad, and whether South Africa or foreign, are safe at all times and that proper protocols are in place for ensuring their safety.

This includes measures for repatriation. Equally, we often respond to counterparts when students studying in South Africa have to be repatriated to their home countries.

Equally, we respond to government requests for headcounts of students if needed in a situation where foreign nationals have to be assisted to leave the country.

While the COVID pandemic could be responded to by individual governments and citizens repatriated through well-planned and coordinated missions, the current situation will require a common response from African governments and institutions of higher education.

‘We need to stand united’

We reacted when several Southern African countries were slapped with travel bans by some European nations, and now we need to do the same in terms of the treatment of our students trying to flee the war in Ukraine.

And we need a coordinated approach and effort to locate and repatriate the students stranded in Ukraine. The call is for institutions such as the Association of African Universities, as well as regional bodies organising institutions of higher education, to act and to put pressures on European counterparts to step in to protect African students in need.

Importantly, we need to stand united as an academic community and show solidarity with students and researchers alike in any situation similar to the current one in Ukraine.

If we are serious about facilitating studies abroad for our citizens and young people in particular and for them to return with their skills, we need to build networks and bodies that further these interests and that foster a sense of security for students who go abroad.

The ability to support students studying abroad is of vital importance for growing our economies and African unity is needed more than ever. 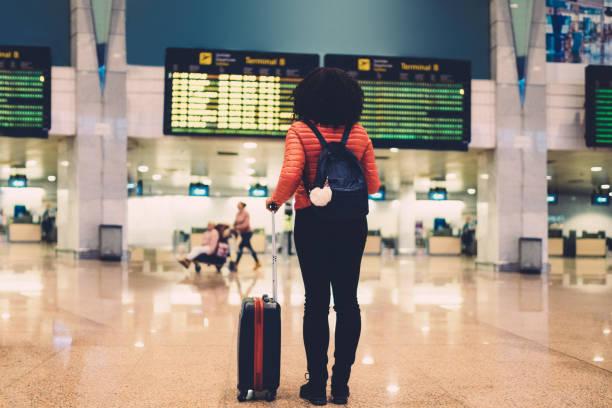