Christiaan Schultz is the second University of Johannesburg (UJ) student-athlete to achieve a new personal best in 2022 after running a 100 meter distance in 12.45 seconds. He was participating in the Winelands International Para Athletics Competition in Stellenbosch on 26 February 2022.

Schultz is one of the best performing student-athletes in the University’s Sports for Students with Disabilities (SSD) Club.

“It feels great to win and doing in such a great fashion. This means that I am performing well and that this season will go well for me. I have been working hard to get this far in my performances. I did not anticipate to achieve a season’s best result,” says Schultz.

Schultz joined the UJ SSD Club in 2014 when he was in Grade 11 at Hoerskool Driehok Secondary School in Vanderbijlpark. The track para-athlete has a club foot disability – this means that he has a limitation in the movement of his ankle which can only bend 9 degrees. He is no stranger to breaking records. In 2016, he broke the African Record in the 400m sprint at the 2016 Athletics National Championships.

In 2018, Schultz competed in the Paris Grand Prix, winning a silver medal in the 200-meter Long Jump. This, he says, is his career highlight thus far.

“I want to compete internationally again. Winning at that level is a great feeling any sportsman dreams to experience,” explains Schultz.

The final-year Master’s in Journalism student also competed in the South African Sports Association for the Physically Disabled (SASAPD) Championships from 18 to 23 March 2022 in Germiston.

“My goal for 2022 is to do very well at the upcoming national championships in Germiston. Just to improve on my seasons best and to run other seasons best that will probably be my goal for 2022. Just to train as hard as I can and also to be ready for 2023 which is also going to be a big year,” adds Schultz. 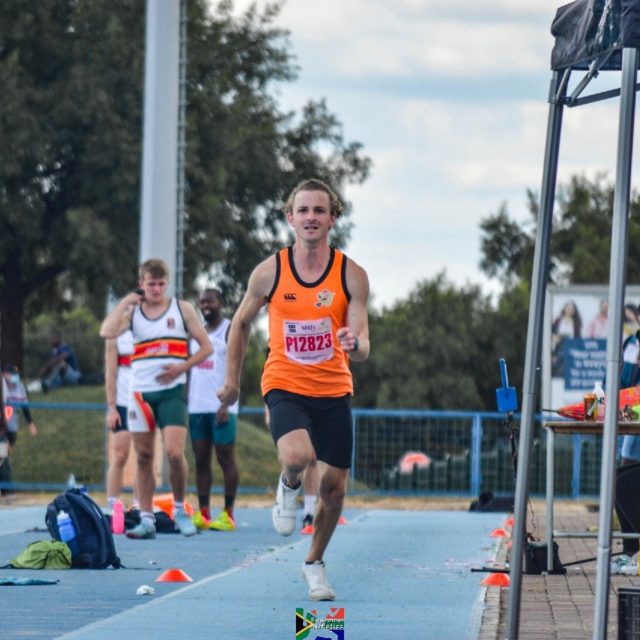