Motorists in and around Johannesburg were faced by hundreds of enthusiastic first-year students armed with and a donation tin – all in the name of charity, the past weekend.​
​RAG, an acronym for Remember And Give, is a registered fundraising organisation that is driven by the students from the University of Johannesburg (UJ). One of its largest fund raising venture is the official RAG Week which took place before the first week of the 2014 academic year.
During RAG Week first-year students are introduced to various community outreach programmes such as soup kitchens for the disadvantaged and fun outings for underprivileged. RAG Week festivities are actively supported by the student community of UJ and comprises of sporting activities such as volleyball, touch rugby, games and live performances throughout the week.
The RAG Week reached its climax with a float procession from the University’s Kingsway Campus, along Beyer Naude Drive to Melville on Saturday, 1 February, 2014. Twenty-seven residences and six day houses of the University participated in the procession, and the first-years accompanied their house’s float on foot. Around 2 000 students participated in the procession with the aim to raise funds for charitable causes.
The students who constitute the RAG committee realise that while they are at a tertiary institution and their primary objective is to study and excel in their academic fields, excellence means very little if it is not coupled with compassion. RAG undertakes many community engagement projects by itself, but RAG is also the central body that coordinates all other community service activities undertaken by the student houses (residences) affiliated to UJ.
Students associated with RAG do not receive remuneration for their efforts. Nevertheless, they dedicate a year to fundraising and community service. 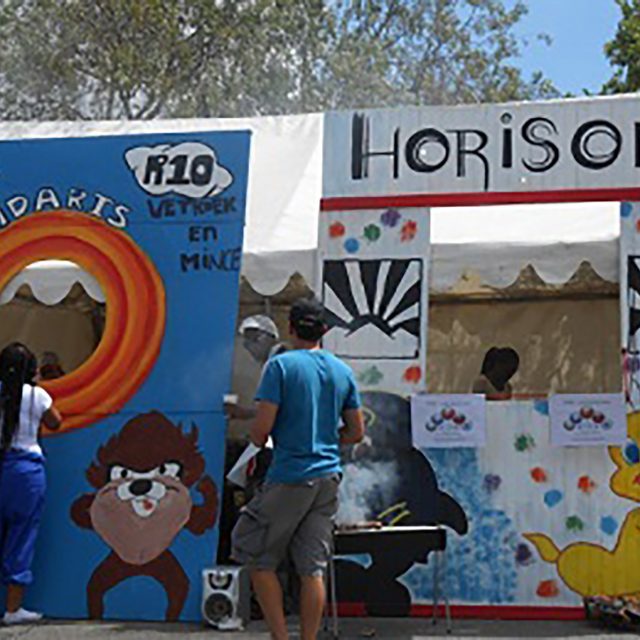