Centre of Excellence opens at UJ

​​​​South Africa’s rich mineral wealth means that mining is still one of the country’s dominant economic activities. While diamond and gold production may be well down from their peak production years, the country remains a cornucopia of mineral resources.

Against this backdrop, the Deputy Minister of Science and Technology, Advocate Michael Masutha, in collaboration with the National Research Foundation (NRF), officially opened the new Centre of Excellence, The Centre of Excellence for Integrated Mineral and Energy Resource Analysis (CIMERA) at the University of Johannesburg (UJ) on Thursday, 24 April 2014. CIMERA, which is co-hosted by the University of the Witwatersrand (Wits), is the first CoE to be hosted by UJ.

The research focus of CIMERA is especially relevant to South Africa because it will assimilate an integrated understanding of the nature of some of the major and minor mineral and fossil energy resources of South Africa and their geometallurgical characteristics to ensure sustainable extraction of resources while preventing and solving environmental impact. The emphasis is on integrating forefront academic research with strategic applications in wealth generation and human resource development not only in South Africa but also the rest of Africa. The research aligns with the defined objectives of the South African Government’s strategic focus on mineral and fossil fuel resources.

The launch of this centre, as with the previous ones, highlights an important features of the centres of excellence programme, which is its responsiveness to the needs of the country, its people and ultimately humanity. As the managing agency of the Centres of Excellence Programme we would like to congratulate the University of Johannesburg and we look forward to seeing the work that will emerge from this important centre,” said Dr Albert van Jaarsveld, CEO of the NRF.

According to Prof Nic Beukes, the Director of new CoE, the main focus of CIMERA is to train skilled economic geologists through postgraduate research studies on mineral and energy resources, with a particular, although not exclusive, focus on Africa.

Speaking at the launch, Deputy Minister Masutha, said: “The CoE will not only help expand research and training of high-quality economic geologists, but will also serve to expand collaboration with private mining and energy companies in South Africa”.

Watch the official launch of the new Centre of Excellence for Integrated Mineral and Energy Resource Analysis (CIMERA). 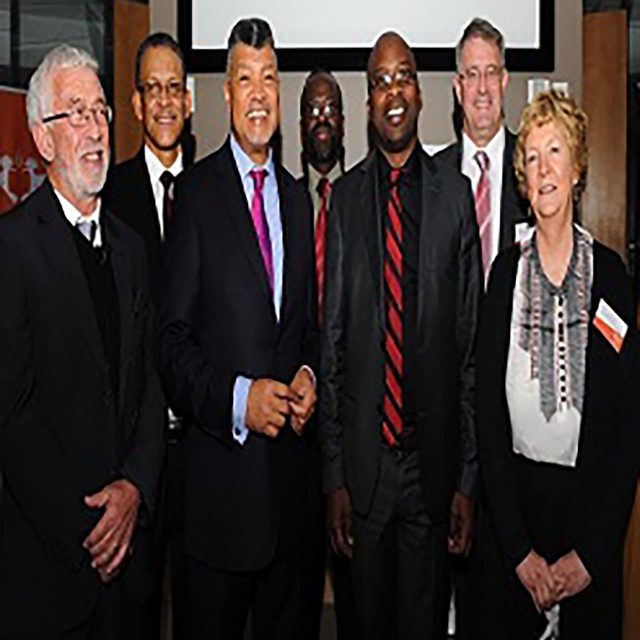