Dr Adeoye O. Akinola is the Head of Research and Teaching at the University of Johannesburg’s Institute for Pan-African Thought and Conversation.

He recently penned an opinion article that first appeared in the Cape Argus: 2 February 2022.

Shortly after their independence in the 1960s, several post-colonial African countries, such as Nigeria, slipped into military regimes, which reversed their political development and economic growth. Where military interventions held sway in countries such as Tunisia and Zimbabwe, diverse forms of authoritarianism existed.

Africa seemed to have rid itself of the curse of the military over the last two decades, however the recent militarisation of politics and the resurgence of coups in Africa have become a serious concern. Now several governments are embarking on crackdowns against opposition parties, gagging the media and other ‘non-conforming voices’, manipulating their constitutions to extend their tenure, and engaging in other undemocratic rascality. On 23 January 2022, the military executed a coup d’état in Burkina Faso and removed President Roch Kaboré, who is currently under house arrest. Prior to this, the Kaboré-led government had announced an attempted coup on 12 January, claiming to have arrested 10 military personnel and five civilians. The country has experienced several coups in its post-colonial history. Within 27 years of its independence, Burkinabé soldiers staged five coups d’état, the last of which led to the death of Captain Thomas Sankara in October 1987. The genesis of the democratic reversal started with the overthrow of Blaise Compaoré in 2014, as he attempted to change the constitution to enable a third term bid, leading to an attempted coup in 2015.

On 22 January, rumours of a coup filtered out of the country. By 24 January, the military, under the umbrella of the Patriotic Movement for Safeguard and Restoration (MPSR), made an announcement (signed by Lieutenant Colonel Paul-Henri Sandaogo Damiba) that President Kaboré – who had been in power since 2015 and re-elected in 2020 – had been arrested and detained by the military. The MPSR dissolved the cabinet, suspended the constitution and the legislature, closed the borders and shut down Facebook, but promised to restore law and order. Military coups have become a disturbing trend in West Africa and the Sahel. The United Nations condemned the coup immediately, while the African Union (AU) and the Economic Community of West African States (ECOWAS) – which initially frowned at what they called an “attempted coup” – eventually condemned the military takeover. Pretoria also joined forces to categorise the coup as an aberration and reiterated the urgency for the military to restore democracy in Bukina Faso.

The personalisation of political power has become one of the major reasons for military incursions into politics in countries such as Guinea, where the military, and the populace, were frustrated by the tenure elongation of two successive post-independence leaders – President Sékou Touré and Lansana Conté – who stayed in power for 26 and 24 years, respectively. In September 2021, Colonel Mamady Doumbouya sacked the Guinean civilian president, Alpha Condé, for ‘daring’ to attempt a third term bid.

Sudan experienced two coups between 2019 and 2021, leading to the removal of the strong man, Omar al-Bashir in April 2019. By October 2021, General Abdel Fattah al-Burhan had struck and removed the Sudanese prime minister, Abdalla Hamdok. Although Hamdok has been reinstated since late 2021, al-Burhan has been in firm control of power. Mali experienced two coups within 10 months. The Malian military ousted President Ibrahim Boubacar Keïta in August 2020, and President Bah Ndaw in May 2021. Colonel Assimi Goïta, who has been in power since 24 May 2021, reneged on all his promises of accelerating democratisation.

Chad presents another scenario. Mahamat Déby Itno, a 38-year-old military officer, assumed power after the death of his father, President Idriss Déby, who had spent more than three decades in power, until his death on the battlefield in April 2021. The military junta, led by his son, Mahamat, is more interested in regime consolidation than a transition to democracy.

The security lapses in Burkina Faso have been apparent because of the government’s failure to stop armed attacks by the al-Qaeda and ISIL-backed jihadist, who have been killing both military personnel and civilians. Kaboré was also accused of exclusivity. Despite the attempt at security sector reform in late 2021, and the move to impede radicalisation, the Kaboré-led government was unable to contain the jihadist attacks.

The diminishing power and influence of regional hegemons, like Nigeria, have opened the doors for the intervention of global powers, such as France and Russia, to exert their influence in the Sahel. Both the Malian and the Sudanese militaries are backed by Russia, whose is interested in becoming strong in the Sahel. Despite the France-backed troop, Operation Barkhane, in the region, about 1.4 million Burkinabé have been internally displaced, more than 2,000 have lost their lives in the last two years, and about 550 deadly attacks have been carried out since 2015. In June 2021, the country was jolted when armed men opened fire, killing 132 civilians and injuring 40 others, in Solhan, Yagha Province. Since 14 November 2021, there has been a tensed atmosphere within the military as a result of a jihadist’s attack on a garrison in northern Burkina Faso, and the government’s inability to secure peace and security. According to the BBC, the attack claimed the lives of 53 soldiers.

Military personnel are on edge and seem to have lost faith in the civilian administrations in the Sahel. Of the five countries (G5-Sahel) under the Operation Barkhane (Burkina Faso, Chad, Mali, Mauritania, and Niger), three (Burkina Faso, Mali, and Chad) are now under military regimes. This should worry African leaders. Is it not time for Africa to take charge of its own problem?

Burkina Faso is a landlocked country, poor in natural resources, with low levels of human development. It relies primarily on food crops and cotton production, and 40.1 per cent of the 18 million population live below the poverty line. It ranks 185 out of 188 countries on the Human Development Index (HDI), and 144 out of 157 countries in the World Bank’s new Human Capital Index (HCI). There is extreme inequality between urban and rural areas. Indeed, 90 per cent of the poor reside in the villages, and less than 5 per cent of the poorest households are connected to the national electricity grid. It is imperative to embark on agrarian reform to empower rural dwellers, generate employment opportunities, and invest in education. Regional organisations on the continent have failed to check erring civilian governments who have shown their incapacity to respond to the needs of the poor. These foreign powers should demilitarise the region, and invest in developmental initiatives to boost human development. This is what the Sahel needs – this is the only assured route to peace in the region. 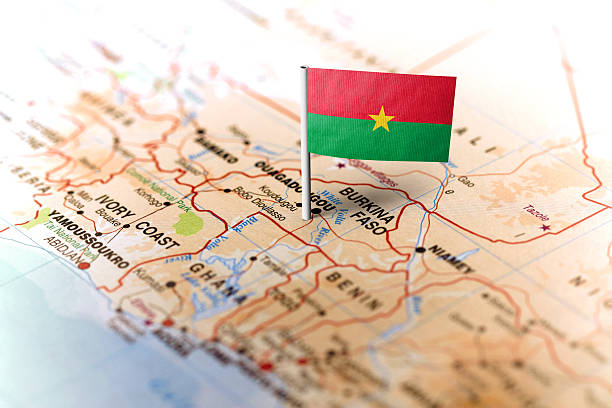