Bishop Seoka to speak at UJ launch of Marikana book

​​​​Bishop Johannes Seoka, President of the South African Council of Churches and a key witness at the Marikana Inquiry, says that Lonmin’s failure to negotiate with the strikers was a primary cause of the tragedy, and he ridicules police explanations that focus on sangomas and muti.​

Bishop Seoka will be the guest speaker at the launch of the first book on the Marikana Massacre, to be held in the Council Chambers of the University of Johannesburg this Thursday at 17.30.

The book, Marikana: A View from the Mountain and a Case to Answer, is authored by the University of Johannesburg Professor Peter Alexander, who holds the South African Research Chair in Social Change, and a team of researchers that includes Thapelo Lekowa, Botsang Mmope, Luke Sinwell and Bongani Xezwi.

The launch will be facilitated by Prof. Adam Habib, UJ’s deputy vice-chancellor for research, and it will also be addressed by Tholakele ‘Bhele’ Dlunga, one of Marikana strikers, and by the book’s authors.

The heart of the book is a series of interviews with strikers, most of which were recorded on ‘the mountain’ close to where 34 of their comrades were killed on 16 August 2012.

“The book provides a bottom-up account of the Marikana story, to correct an imbalance in many official and media accounts that privilege the viewpoints of governments and business, at the expense of workers,” says Prof Jane Duncan, chair of Media and Information Studies at Rhodes University.

“Well written, extremely scrupulous in its research and forceful in its argument,” says Prof. John Saul, the Canadian political scientist and one of the world’s top experts on liberation struggle in southern Africa.

Despite the relevance of the book for the work of the inquiry, and although it is based on academic research by a team lead by one of the country’s top social scientists, the Farlam Commission refused to receive a copy, arguing that to do so ‘may create a perception of bias on the part of the commission’.

“The launch will provide an opportunity for the media and the public to join a discussion about the Marikana book the Marikana Commission does not want to consider”, says Prof Alexander.

Marikana: A View from the Mountain and a Case to Answer is published by Jacana Media. Media copies are available from Jacana’s Neilwe Mashigo. The book will be available for purchase at the launch and should be in good bookshops by 7 December. 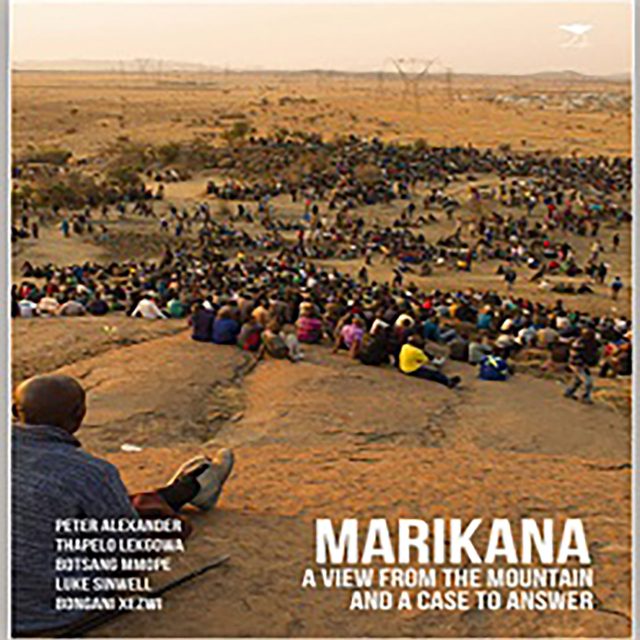