Amina Cachalia dedicated her autobiography to her grandchildren

​​The late activist and African National Congress (ANC) veteran Amina Cachalia wrote her autobiography to share her legacy with her grandchildren. Her son Ghaleb and daughter Coco told the University of Johannesburg (UJ) community at the book launch on Wednesday, 12 June 2013.​
During the book discussion on the UJ Kingsway Campus, Ghaleb and Coco described their mother as a feminist who fought relentlessly for women’s emancipation. “Intrinsically, I think my mom was a real feminist. She was critical of the things women experienced during the apartheid times. She learned that from our grandmother (Amina’s mother) who took on the police and other oppressing forces – she was a very strong woman,” said Coco.
In the book, Amina Cachalia tells a tale of her real life experiences and how she was involved in the struggle for liberation. The book features her personal life, draws on some experiences she shared with former state president Nelson Mandela (who, according to Coco and Ghaleb, was very fond of their mother), and her view of the ANC Women’s League.
The two expressed their satisfaction at the way the book is written. Although the book features some controversial state of affairs, Coco and Ghaleb said they have never received any confrontation from the public. However, some of their close families were skeptical about it.
Ghaleb said there were many of his mother’s pictures that were not included in the book. He said they were looking into compiling them into an exhibition to share with the nation.
Among the people who attended the launch at the University was Ms Zanele Mbeki, wife of former South African President Thabo Mbeki. 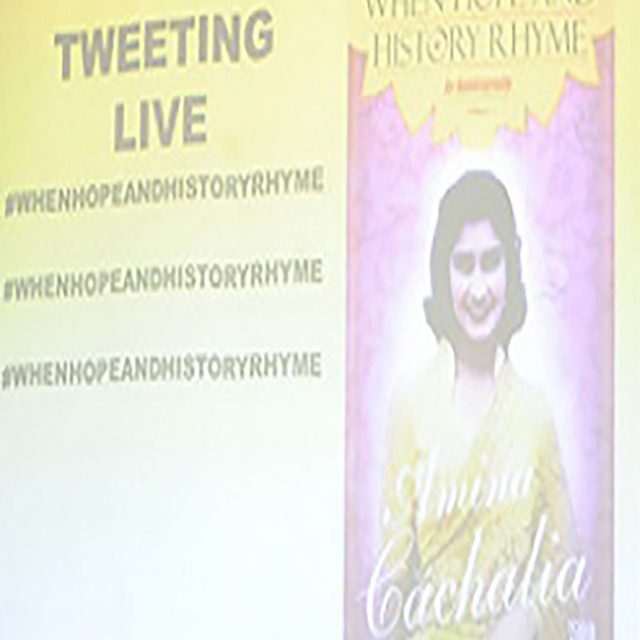