The University of Johannesburg (UJ) recognises, on an annual basis, alumni who excel in their respective fields. This year was no exception.
​
The University honoured two successful alumni, with the UJ Alumni Dignitas Awards on Friday, 25 November 2011. At the same event, the Council of the University honoured four recipients with the Ellen Kuzwayo Award, for their outstanding contribution to the higher education sector.

Taljaard is one of the youngest women ever to be elected to Parliament in1999, and is currently an Adjunct Senior Lecturer in the Political Studies Department at the University of Cape Town (UCT), where she teaches public policy. Doubling as freelance independent political analyst and consultant, she was appointed as a part-time IEC Commissioner. As a politician, she was the Shadow Minister of Finance for the Opposition from 2002-2004, as well as Spokesperson for the Strategic Defense Procurement.

She, however, resigned in January 2005, to pursue her academic career as a senior lecturer at the School for Public and Development Management at Wits. While there, she became Director of the Helen Suzman Foundation (2006-2009), where she created a new brand for the HSF, and managed a series of projects beyond Focus magazine, including the highly successful Quarterly Roundtable Series.

Mello is the founder and managing partner of Intoto Solutions – a solutions provider in the renewable energy market that focuses on solar, wind and biomass energy generation solutions, and Maraswi Consulting Services – a consulting service in the telecommunications sector with a specific focus on telecom business strategy for operators.

The Ellen Kuzwayo Council Award recognises outstanding contributions beyond the confines of teaching and research by individuals over an extended period of time, to promote the well-being of the higher education sector, as well as the well-being of society in respect of matters in which the University has a particular interest. ​

In 2000, she, as a medical doctor and a profoundly talented artist, initiated the Keiskamma Art Project with the aim of alleviating poverty and promoting self-esteem through art and creativity in this rural community. While engaged in this project, she became intensely aware of the huge problem of HIV/AIDS in the area and of the many people dying without a diagnosis or any form of medical care.

Although she had been out of clinical practice for many years, she went back to work as a primary care medical officer in the Peddie South District clinics. Because people were either too ill or too poor to access the health system, she established a residential HIV programme in Hamburg on the Keiskamma estuary, by converting an old house into an AIDS treatment facility, which she named the Umtha Welanga (Rays of the Sun) Centre.

Dr Hofmeyr went on to train a team of over 30 village health workers to cover the entire area with support and advice on HIV/AIDS. She introduced antiretroviral therapy, initially using her own limited funds, and has established a model programme for the prevention, treatment, palliation and care of people with HIV/AIDS.

The Keiskamma Trust has been highly successful. The Trust believes that the battle against HIV/AIDS in rural South Africa cannot be won by medical intervention alone. The Keiskamma Trust exists to foster hope and health as well as pride and self-respect among the people living by the Keiskamma River, a desperately poor area of the Eastern Cape. By combining AIDS treatment, art projects such as the Keiskamma Altarpiece and the Keiskamma Tapestry and education initiatives, the Trust has been able to take the fight against Poverty and HIV/AIDS to the very heart of the community.

Mkhabela has headed the Nelson Mandela Children’s Fund since 1999, first as Programme Director and then as CEO from 2001. She served in the office of then Deputy President Mbeki as Programmes Director responsible for overall programming, with specific responsibility for NGO/government partnerships and children’s programmes.

As a student leader, she experienced the cruelty of apartheid. Mkhabela became involved in student politics when she served as Secretary for the South African Students’ Movement. She later became a member of an action committee, which consisted of pupils from various schools in Soweto. This led to the Soweto Student Representative Council. As a pupil at Naledi High School in 1976, she was at the forefront of the march by pupils from Naledi High School to the Orlando Board offices in Soweto. The uprising led to the arrest of Mkhabela and other student leaders. She was jailed for three years.

On her release, she spearheaded the formation of a Paralegal Advice Centres Association which offered free services to aggrieved non-unionised workers on public law-related issues.

Analysing and evaluating financial information, making decisions based on this information and planning the implementation of the decisions is second nature for chartered accountant, Mr De Beer.

De Beer was appointed as Chief Executive of Finance of the General Mining and Finance Corporation Limited in 1978 and as Financial Director of Gencor Limited in 1983, in which capacity he remained until Gencor’s unbundling in 1993. He was appointed as Chairperson of GENBEL in 1986 as well as a Director of GENSEC (including being Asset Manager), GENBANK, ISCOR and SAPPI.

De Beer served his first term of office as an external member of the Council of the Rand Afrikaans University in 1986. He also served on both the Executive Committee of Council and the Audit Committee of Council. In 1993, he retired as Director of GENCOR, GENMIN, MALHOLD and later as a Director of ENGEN, FOODCORP and TRANSNET. He has been a member of the Board of Trustees of the former Rand Afrikaans University and the University of Johannesburg’s Trust for more than 25 years.

Raising new scientific questions, investigating new possibilities and considering old technical challenges from a new angle require creative imagination and mark a real advance in science. Dr Mkhize is a typical example of someone who pushes the boundaries of discovery and progress in science and technology.

Her energetic dedication to the education cause, particularly the complicated area of Mathematics education; the promotion of Engineering education in the rural and township schools; and her contribution towards the engineering profession through the Engineering Council of South Africa (ECSA) highlight her commitment to the people of South Africa.

Dr Mkhize has been active in the area of identifying students from rural areas with high potential, obtaining bursaries for them, placing them at universities (including the University of Johannesburg) and monitoring their progress, as well as giving them additional support.

Included in her vast experience, she has contributed to: the Teacher Education Policy; the development of the National Strategy on Mathematics, Science and Technology Education; and the revision of the implementation of the Outcomes-Based Education Policy. She has facilitated: workshops aimed at assisting teachers to implement new policies on assessment; workshops for Mathematics teachers and educators on implementing the revised policy on Outcomes-Based Education; and the implementation of the policies and strategies on Mathematics and Science education in the Specialist Advisory Council on Mathematics, Science and Technology Education for the Gauteng MEC for Education.

In recognition of her active leadership roles, Dr Mkhize was awarded the Kellogg Foundation Award in 1992; the Association for Mathematics Teachers in South Africa Award in 2001 for her involvement in Mathematics education; the South African Institute of Civil Engineering (SAICE) Award in 2003 for promoting civil engineering at rural black high schools as part of the SAICE’s centenary celebrations; and the SAICE Presidential Award in 2009.

Dr Mkhize is currently a founder and a coordinator of the South African Youth into Engineering Programme. She is also a member of the Board of ECSA. Her career has spanned from being a teacher in high schools to a lecturer in several tertiary institutions and a researcher, as well as a community builder. 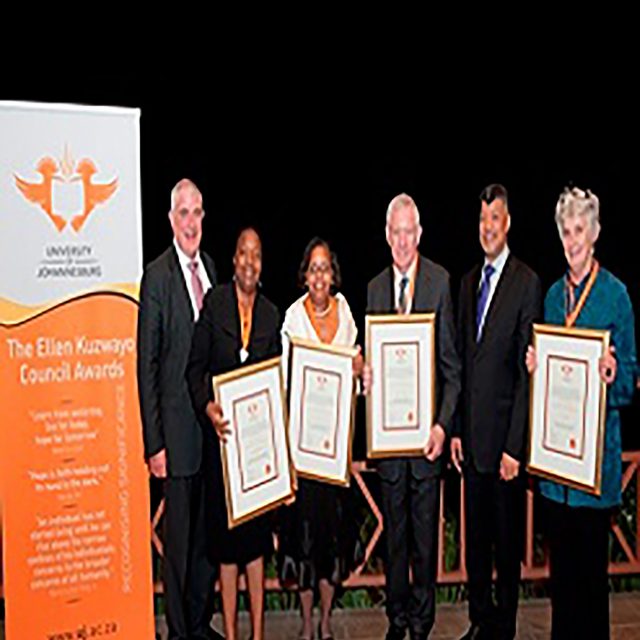