After crocodiles, some solidarity

UJ researchers find extreme determination to learn among refugee children – and some support from SA society.​ ​

​In 2008 some kids ended up in the refugee camp in Rand Airport near Germiston. They carried on learning their school lessons in a double-decker bus while they lived there. ​

In 2011 a young man arrived in South Africa after walking most of the way from Somalia. He told a researcher: “All I want is to have peace and a good education.”​​ ​

​A young woman who had left Zimbabwe begged for a week to be admitted to a Durban high school. Some children in South African schools journeyed through rivers and past crocodiles towards learning.

​However, when they get closer to classrooms more tribulations wait for them.

​​Guarantee, but not reality

​​Between leaving their homes and arriving in South Africa, the child’s school report or transfer form could go missing. Even after several years in the country they may not have official refugee status, despite all the required paperwork having been submitted.​

​​Although the South African constitution and other national legislation guarantee access to education for child migrants, these young people find a different reality at schools.​

​​Some experience further trauma at having access to education blocked yet again.​

Yet many of the migrant and refugee children who survive their journeys display remarkable determination to learn – and find ​​some support and solidarity with their quest.​​

​​​​​​An article by two UJ researchers from the Centre for Education Rights and Transformation (CERT), Faculty of Education, University of Johannesburg, highlights the psychology of migrant learners’ resilience, their right to education, and how migrant organisations and South African civil society are supporting and reinforcing the agency of migrant learners and their parents.​

​​Prof Salim Vally and Dr Mondli Hlatswayo found that some South Africans do support migrant children, despite extreme crowding and lack of funding in many state schools.

​​​As an example, a pre-school in Orange Farm, a low-income neighbourhood near Johannesburg, accepts all children, regardless of their documentation. With the progress report from there, it is then possible for a migrant child to enter a primary school in the area.

​​​Following the xenophobic attacck in May 2008, some South African children saw that refugee children were no longer at school. When they found out that the refugee kids were living at police stations, they collected blankets and food and went to a police station to give it to them.​

​​​​”In all provinces there are teachers who understand these issues. Even with limited resources, they are doing their best. However they need support. In our article we talk about the issues that school professionals need to address,” says Prof Vally.​

​​​​”The key is a concerted effort to educate South Africans in the values of compassion, of Ubuntu, of sharing.

​​​”Our education system is oriented toward acquiring skills to get a job, however elusive this might be.​​​​​​While the acquisition of basic skills is necessary, the purpose of education is so much broader.

​​”The study once again underlined why values such as empathy for those in distress and subjected to violence are so important in education.

​​​” While South Africans may be wary of ‘foreign people who take away jobs’, the reality is that many foreigners create jobs, says Vally. In the classroom, the foreign child who speaks French or Arabic can be a cultural resource to others or even a mother-tongue language tutor.

“Violence, resilience and solidarity: The right to education for child migrants in South Africa” was published in School Psychology International in May 2014.

The research was funded by the Foundation for Human Rights.

Transformation (CERT), Faculty of Education, University of Johannesburg. His research

interests include xenophobia and racism, the labour process, and worker education.

Prof Salim Vally is the Director of the Centre for Education Rights and Transformation, Faculty of Education (CERT), University of Johannesburg. He has published extensively on education and social policy as they relate to social class, transformation, and social justice.

“Education, Economy and Society“, published by University of South Africa Press in July 2014. The work argues for ‘alternative approaches to understand the connections between education and the triple scourge of unemployment, inequality and poverty.’ 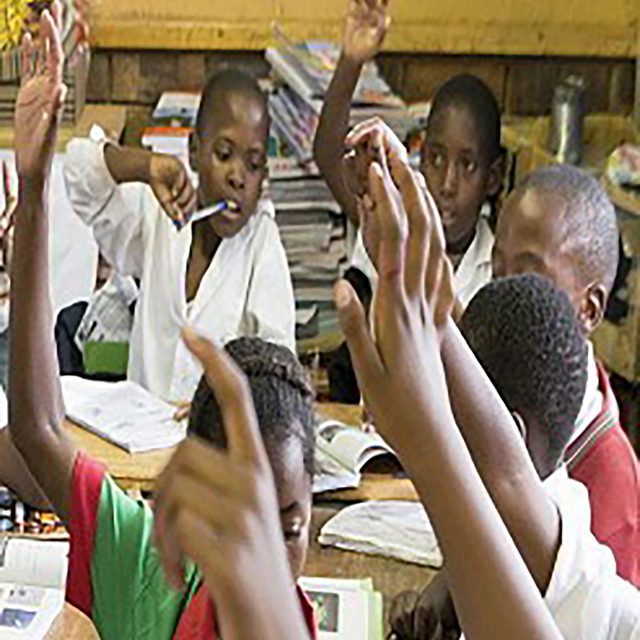