​​​​Prof Chris Landberg, a Professor in Politics at the University of Johannesburg (UJ), delivered his inaugural address with the theme, Afro-centric Diplomacy: The Golden Decade 1998-2008 and the Pan- African Agency in World Affairs, in the Council Chambers, Madibeng Building, Auckland Park Kingsway Campus on Tuesday, 13 August 2013.

As head of the UJ’s Department of Politics; the South African Research Chair Initiative (SARChi) Chair in African Diplomacy and Foreign Policy, and Senior Associate of the University’s School of Leadership, Prof Landsberg, who holds a BA Honours from the former Rand Afrikaans University (RAU), now UJ; a MA from Rhodes University; and M. Phil and D. Phil degrees from Oxford, has a strong interest in the politics of policy and foreign policy analysis.

Prof Landsberg has taught at, and been affiliated with numerous institutions. He lectured at the University of the Witwatersrand (Wits) and is a guest lecturer at the Diplomatic Academy of the South African Department of International Relations and Co-operation (DIRCO), formerly the Department of Foreign Affairs. He is a former Director of the Centre for Policy Studies in Johannesburg, and a co-founder of the Centre for Africa’s International Relations (CAIR) at Wits. Currently, he teaches undergraduate and postgraduate modules in foreign policy analysis; South African diplomacy and foreign policy; and international organisations and Africa’s international relations.

​As a political analyst, Prof Landsberg has published extensively and has undertaken numerous evaluations and assessments. He was commissioned by the South African Government to undertake the Political Governance Base Study for the South African Peer Review Process (September 2005) and assisted with the drafting of the African Union’s Vision and Mission Statement (November 2003). He is currently working on a research project on South Africa’s foreign policy, in which he traces the Republic’s diplomatic narratives from 1910 to 2010.​​

Abstract of the inaugural address by Prof Landsberg:​​

Africans are struggling to overcome the nation state and Otto von Bismark’s vision of a continental jigsaw made up of states drawn by sharp lines on maps, with their own clearly defined sovereignty, which Europeans could use as their personal fiefdoms.

They hope to replace this reality with economic and political unions that are able to live by common norms, rules and values.

The idea of African agency in world affairs has passed by with hardly a whimper in mainstream international relations literature, which has reduced Africa to the periphery of the discourse. It is not difficult to come to pessimistic conclusions if the individual African state and its power are being considered. In general terms we are reminded that the African crisis, ranging from development to peace and security, is too acute for any one leader or government to make a difference.

​However, acting together and with common purpose, African states can indeed enhance the continent’s agency in world affairs as they did with utmost determination during the “Golden Decade” of Afro-centric diplomacy, 1998 to 2008. During this period, groups of states, individual leaders and governments, through “collective agency”, acted together and formed “concerts of power” aimed at tackling the continent’s post-colonial legacy, convinced that, in the post-Cold War era, the African voice in world affairs could be heard. They were steadfast in their resolve to set their own agenda and to speak for Africa, lest outside powers appropriated this role for themselves and to suit their, and not Africa’s, interests.

​Click here to listen to and download the podcast of the Professorial Inauguration of Prof Chris Landsberg – Afro-centric Diplomacy: The Golden Decade 1998-2008 and Pan-African Agency in World 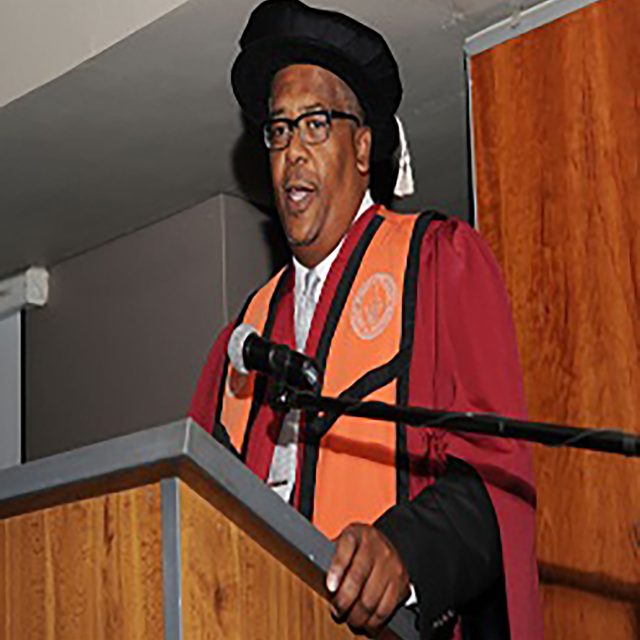