UJ’s African Centre for DNA Barcoding (ACDB) has embarked on a yearlong Malaise Trap Project envisaged to stimulate and educate undergraduate and postgraduate students from various disciplines about biodiversity on Auckland Park Kingsway Campus. This project forms part of an international collaboration between the Centre for Biodiversity Genomics (CBG; University of Guelph, Canada) and several international collaborators to document terrestrial arthropod diversity within “big cities”.

Set up by a team of ACDB postgraduate students on the campus lawns behind the library, the trap is an effective collecting tool used for scientific research, particularly to carry out biodiversity inventories. Every Wednesday morning, insects captured in the apex of the trap will be collected, taken to the ACDB laboratory, where samples are identified to order level and then shipped to the CBG where they will be barcoded. Once barcoded all data will be uploaded on the Barcode of Life Datasystem and a species inventory will be produced. 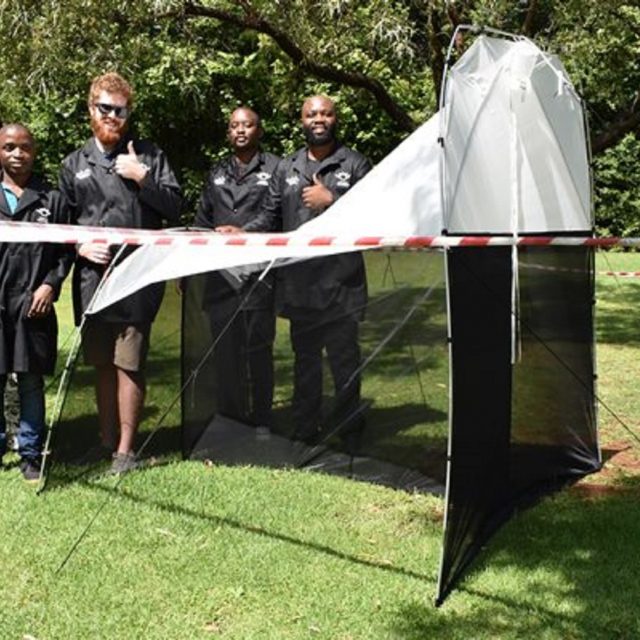