When Sfiso Hlongwa’s graduation day arrived at the University of Johannesburg’s Soweto Campus, the 21-year-old had a clear goal.

That goal was to celebrate and honour the people who came before him but did not have the opportunities he has had. Hlongwa’s decision to go to his graduation ceremony to collect his Bcomm degree in Business Management from the university’s College of Business and Economics in his traditional Zulu attire was an easy one for him.

“I was so frustrated thinking about what I would eventually wear for graduation. I already had a lot of things to pay for so I decided to come in the traditional wear. I wanted to be different and unique.”

Hlongwa said it was important for him to get onto the stage dressed like a proud Zulu man to symbolise and honour past generations that never had the chance to graduate.

“I came with my parents who also dressed accordingly. I told them that we are going to dress in our traditional clothes and they were so excited for it.”

Hlongwa’s graduation moment was captured on video and has since been doing the rounds on social media platforms like Twitter.

In the video, Hlongwa starts to perform a traditional Zulu dance after receiving his degree on stage. His parents, in the audience, begin to dance with him, ululating at his achievement.

The entire Imbizo arena erupted with cheers as the family proudly celebrated. The video garnered thousands of views.

“I actually had a friend who messaged me about it because he couldn’t believe I actually went through with something I mentioned back in Matric. I had forgotten about that and he reminded me of it so I am glad I did it.”

Growing up, Hlongwa always wanted to become an entrepreneur. His choice to pursue Business Management at UJ helped him to pave his path to success and grounded him with the fundamentals to become a successful business person.

He started a farming company that grew during the height of the pandemic but started to slow down once things started to get back to normal. He is now focusing on his internship working in procurement, and learning the ins and outs of the corporate world.

“I am hoping that in the next two to three years I will be able to do my own thing already having been exposed to the corporate side of things,” he said.

The Autumn graduation ceremonies are taking place until 17 May at the Soweto Campus Imbizo arena. Just over 11 000 students are graduating at 37 ceremonies over 5 weeks. 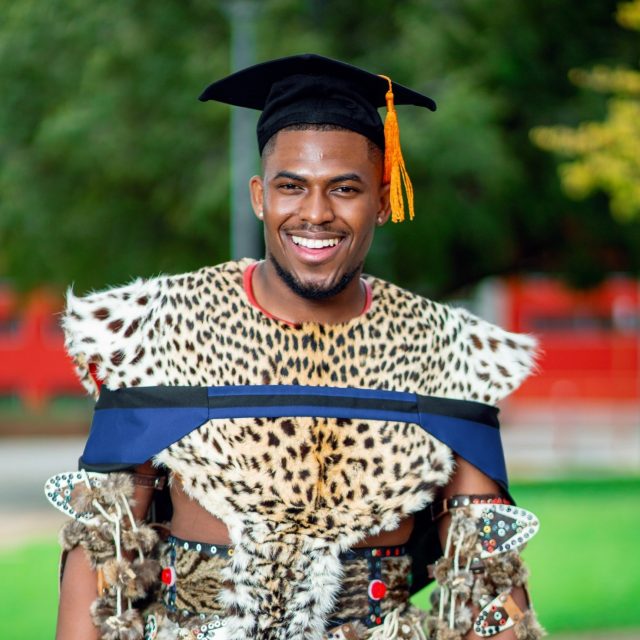