On Monday night, 21 March 2022, the University of Johannesburg’s (UJ) rugby team marked Human Rights Day in fine style as they registered their third win in the 2022 FNB Varsity Cup rugby tournament. This was the Orange Army’s (UJ) first away win in this campaign, beating hosts Nelson Mandela University (Madibaz) 24-9 in Gqeberha, Eastern Cape.

Hooker Darnell Osuagwu scored two early tries to give UJ 14-0 lead, a shoreline that remained the same until the start of the second half of the game. After the half-time break, UJ continued piling up pressure on the hosts until flyhalf Jonathan Viljoen kicked a penalty goal. Replacement flank Philip Apea-Adu scored the Orange Army’s third try of the night in the 64th minute, but they were unable to get another for the bonus point. For the second consecutive time, UJ’s Mpho Kubheka was named FNB Player That Rocks for his prowess on the pitch.

In the next fixture, FNB UJ takes on University of Free State (Shimlas) at home on Monday, 28 March 2022 at 19:00. Thus far this season, UJ has not lost a match at home. The match will be livestreamed via the SuperSport Schools App.

At the end of the current season, the two-lowest ranked sides on the combined 2021-22 log will be relegated to the FNB Varsity Shield. FNB UWC and FNB CUT Ixias are the two bottom teams with six and five points each, respectively, on the log after six games. There are only three games left for all teams to contest for the top eight finish, semi-finals and final as well as fighting relegation.

Varsity Cup Round 6 results and scorers: 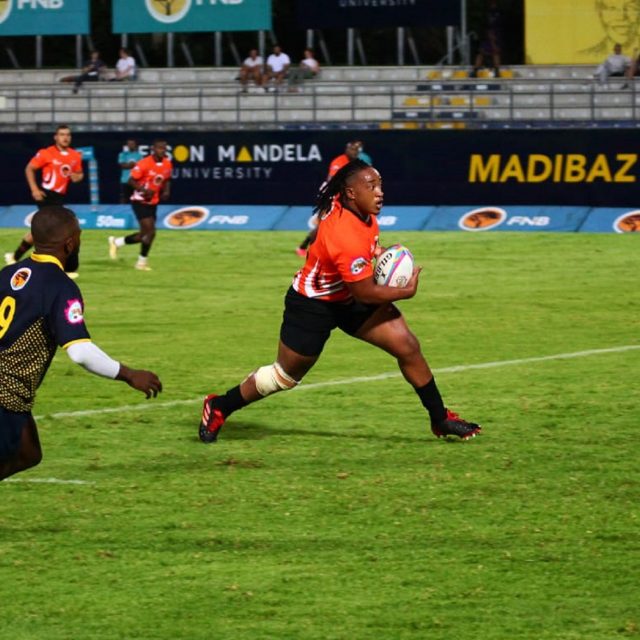