2015 Comrades Marathon: UJ’s Marianne Viljoen did it for cancer

Senior Manager in UJ Sport (Biokinetics), Mrs Marianne Viljoen, with her husband Morne Viljoen, completed the 2015 Comrades Marathon in 10 hours 57 minutes – finishing at positions 7206 (Marianne) and 7205 (Morne) out of 22000 entries of runners. We did it for all cancer survivors and people affected, says Marianne.
​
This was the second year the Viljoens took part in the Comrades Marathon. “It was an exhilarating feeling – all the emotions of not knowing if we would make it in time for our set target of 11 hours. The support we received from the crowd cheering us up kept us going. We are also glad that we made it in the time we anticipated,” says Mrs Viljoen
Mrs Viljoen and her husband took part in the Comrades Marathon for many reasons. This included fighting for people that are battling with and affected by cancer. Mrs Viljoen’s mother-in-law was infected with cancer in January this year and this was reason enough for her to play her part in supporting other people, she says.
The pair was representing Sibanye Gold Club Runners and the Pink Drive Cancer Association.​ 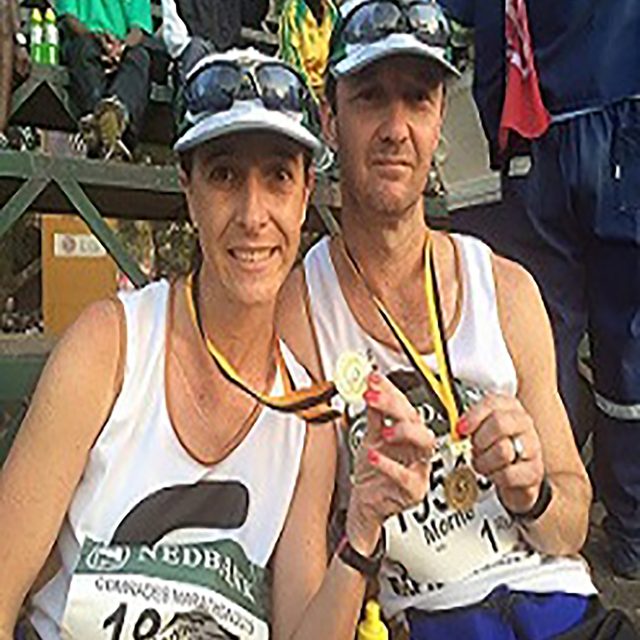