The First-year Law students at the University of Johannesburg (UJ) have dominated the 2018 Kovsies Moot Court Competition at the Supreme Court of Appeal in Bloemfontein. The Competition was contested by fourteen teams from six South African universities.

All the participating teams were provided with a set of facts on arrival, giving them no more 36-hours to prepare for the preliminary rounds of the Competition. At the awards ceremony, the UJ Team, represented by Ms Bongumusa Xaba and Mr Grant Tsólo Kabane, was declared the Competition’s best team and subsequenty received the trophy for the 2018 Best Overall Team. The second and only other award for the night was the Competition’s “Best Oralist 2018”, given to Mr Grant Tsólo Kabane, who managed to ward off stiff competition from twenty-seven other challengers for this award.

This victory meant UJ achieved an unprecedented “clean sweep” of the awards. All four teams sent by the University to the competition made it to the six team final of the Competition – the other two teams in the final were from the University of Pretoria and Rhodes University.

The following first-year students represented the University at this year’s Competition:

The following moot court tutors coached the UJ student participants at the Competition:

“Special thanks go to the participants who worked tirelessly to achieve this phenomenal result. Also key to this result, were the Law Faculty’s moot court coaches – both travelling and non-travelling coaches – who took time from their busy academic and personal schedules to assist the students in preparing for the Competition.

“Also, on behalf of the participants and tutor coaches, I would like to express our sincere gratitude to the UJ Faculty of Law for continuously supporting and financing our external moot court participations regardless of the result attained. It is your resolute belief in the students that has enabled this success, and for that we jointly celebrate today,” says Mr Shingai Harry Jijita, Law Mentor: Introduction to Legal Studies and Legal Skills at UJ’s Faculty of Law. 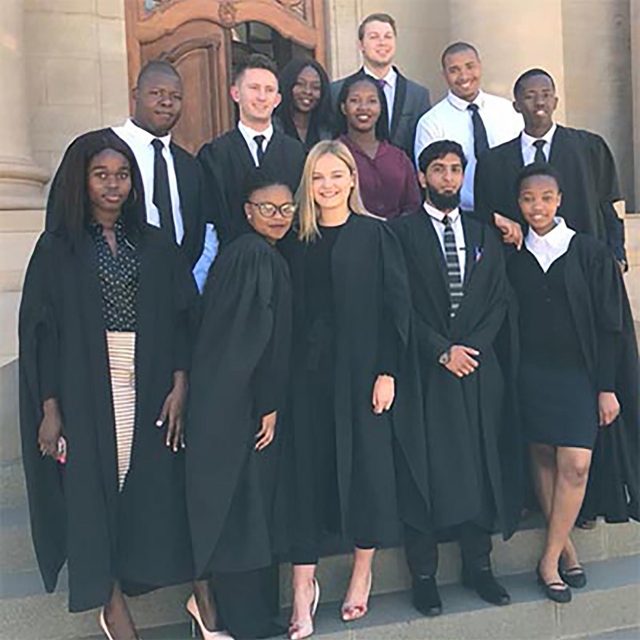