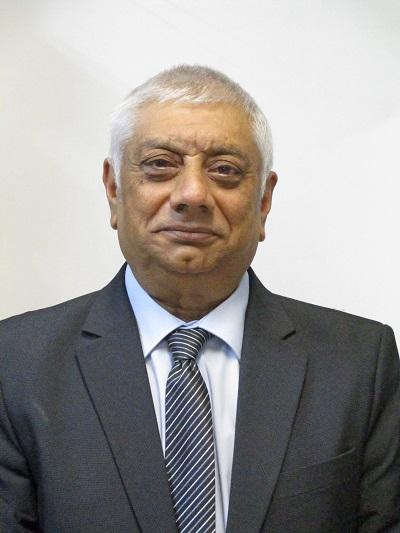 About Prof. Mohammed I Jahed

Research interests include: Governance and economic policy, economic development and public finance. He has acted as external assessor for Masters and PhD theses, as well as external examiner. In addition, he is a reviewer for publications for journals.

Appointed as Commissioner with the National Planning Commission in December 2021. He has worked in the public sector at senior management level, consulted to both the public and private sectors, as well as international organisations. Jahed has served on various Boards, including, Chair: D1 Bio-Fuels, Chair: Magalies Water Board and Director: Econometrix. He was appointed to the Presidential BBBEE Advisory Council of South Africa. Jahed currently serves on the Boards of the NEPAD Business Foundation and Econoquest. Jahed was senior economic planning specialist at the Development Bank of Southern Africa (DBSA) and later re-joined the DBSA as Divisional Executive: Policy and Integration. He served as Deputy Director General: Office of the Premier Limpopo Province. Jahed joined the National Business Initiative, as Director of Economics. He was Seconded by the South African Presidency as Chief Economist and Head of Policy, Strategy and Research to the NEPAD Secretariat. Jahed was appointed to establish the Parliamentary Budget Office (PBO) and was appointed the Director of the PBO.

A. Kithatu, 2015: “Revenue mobilization of African Cities: Johannesburg and Nairobi”

E.I. Edoun: ”Decentralization as a condition for successful Local Economic Development policy and strategy in Cameroon”.

P. Mbecke: “Impact of the differential incidence of child abuse, neglect and exploitation in poor households in South Africa”.

T. Mngomezulu (2007): “The success of employment equity and its impact on service delivery at Mogale City Municipality in Gauteng, South Africa”. MBA Dissertation

A. Seafield (2006): Impact of transformation on utilities, agencies and corporatized entities on service delivery and infrastructure development: A case study of the Johannesburg Roads Agency, South Africa”.MBA Dissertation

N.T. Motau (2006): “Impact of structural changes on service delivery in the metropolitan city council of Johannesburg from 2002 – 2004”. MBA Dissertation

M.S. Jaffer (2005): “The application of a shared services centre for Gauteng: A model for future public-sector service delivery”. MBA Dissertation

M.Obaisa-Osula (2010): “Public-private partnership as an intervention towards food security in north-central Nigeria”.

A. Mkhansi (2009): “Evaluation of public –private partnerships in Polokwane Hospital”

M. T.Malaka (2009): “Monitoring and evaluation for managing growth and development policy in the North West Province”.

K. Tenthani (2008): “Citizen Participation in the budgetary process in Malawi”.

• R. Naidoo (2008): “Leadership as the essential component for the sustainability of independent airline ownership in South Africa: A case study”.

• G.B Molefe (2008): “The feasibility for an LED Agency in greater Sekhukhune District Municipality”.

• S. Mogotsi (2008): “Immigration Act as a facilitator to skills flow as needed by the economy”.

• T. Msipha (2007): “Implementation of the informal settlement upgrading in the Western Cape: Case study of the N2 Gateway project”.

• D. Rapudi (2007): “A case for private sector investment and participation in African infrastructure with reference to the NEPAD Short Term Action Plan”

• S. Nhlapo (2007): “The impact of the second-hand vehicle market on job creation in Southern Africa”.

• K.Govender (2007): “Framework for monitoring and evaluating agencies in the Department of Trade and Industry in SA”.