Prof Brenda Schmahmann is the South African Research Chair in South African Art and Visual Culture (or the SARChI Chair in South African Art and Visual Culture). Hosted by the Faculty of Art, Design and Architecture (FADA) and integrated with its work, this prestigious position is funded by the Department of Science and Technology (DST) and administered by the National Research Foundation (NRF). The SARChI Research Chair serves as a forum for initiatives in research by not only Prof Schmahmann but also postdoctoral fellows, postgraduate students and others working with her.

Research falling under the ambit of the SARChI Research Chair in South African Art and Visual Culture is primarily in art history. Work included here is also, however, in disciplines and fields which are cognate to it, such as design history, fashion theory and visual communication. Some postgraduates associated with the SARChI Chair are pursuing postgraduate qualifications in only theory while others involve art or design practice as well as theory. 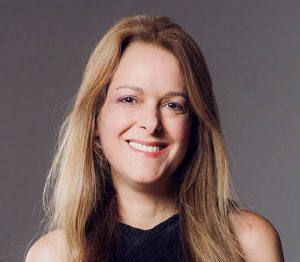 The SARChI Research Chair in South African Art and Visual Culture is particularly interested in research and projects within the following three rubrics:

Research on gender and visual culture has, on one level, an intention to provide new readings and understandings about art and imagery that has been informed by gender activism. On another, it is predicated on an understanding that, by exploring art and visual culture in light of relations of power between men and women, constructs about ‘masculinity’ and ‘femininity’, attitudes towards same-sex relationships, or ways in which gendered constructs complicate those of race or class, for example, one can acquire important new insights and understandings about the contexts in which images were produced as well as the roles they may have played culturally and historically.

Providing a mechanism for facilitating new understandings of history, public art also prompts engagement with questions and issues that have particular currency right now both nationally and internationally. How might one prevent older works and sites from simply being perceived as tired remnants of the iniquities of the past and instead make them relevant to the present? In what kinds of instances does retention of an object produced under the influence of ideologies that are out of favour become untenable? Debates such as these warrant sustained engagement.

ART AND DESIGN IN THE CONTEXT OF COMMUNITY PROJECTS

Community projects assume many purposes. Some enable income generation for economically marginalised groups. Others use the visual domain to produce new historical narratives or for education purposes. Still others are motivated by social or political causes. And there are also projects which are not in fact orientated around art but nevertheless benefit from input from designers – whether in the arenas of graphic design, industrial design or interior design, for example. Research under this rubric encompasses theoretical analysis of art and design, and the role visual images or objects may assume and questions they may prompt, in any of these varied kinds of community projects.