Home » About » Internationalisation » Report on One Young World 2014-Dublin, Ireland

To: University of Johannesburg

The Division for Internalisation

Highlights of One Young World 2014 Dublin

As a first time delegate to represent South Africa at the One Young World Summit, I felt very honoured to have had the privilege of meeting a former head of state, President Nicolás Ardito Barletta Vallarino of Panama. After the sessions of the day I was able to have a conversation with the President and he made me realise the importance of the global Youth to have a common vision for the world, the former President highlighted the importance that the Youth is not only the future but the present because the problems or solutions we create for the world today will be our reality tomorrow, so it is important to start now.

Some of the Keynote guests and speakers

Problems which the Summit highlighted on

I was appalled that as South Africa celebrates 20 years of democracy, there are countries that are still far from enjoying the freedoms we do. A delegate from North Korea, Yenomi Park had the audience in tears during Peace and Conflict sessions were she described the horrors and sorrows of a dictatorial state. This made me appreciate our nation even more and those who laid down their lives for us. Mr Kofi Annan said “you cannot have peace nor prosper at the expense of the other”. The challenges we face today have no nationality or race, we face the same challenges whether socially, economic or environmentally and unless we do something about them now, we will suffer in the future.

As South Africans we are faced with a lot of challenges, the summit reaffirmed the importance of taking part in alleviating them, which made me realise how crucial it is for young people to start being involved in coming up with solutions that affect our country and the world, particularly ones faced by Africa, therefore it is vital to start now to avoid future challenges that could be more extreme.

As a UJ Bcom Accounting Student.

Being a student studying towards a degree in Accounting. I have realised the importance of responsible Business practice, one that does not only consider financial performance as the sole measure of business success, but rather a fully integrated measure were impact of business is also taken into account of how business affects its physical environment, society and the economy it operates in, and therefore Accounting Standards such as the Integrated Reporting Standards applied in the Accounting profession, which emphasises the importance of companies having to report on how their business strategy and practice affects the external environment and governance in the short, medium and long term, should be the norm rather than being the exception in Business today. In a world were resource scarcities, inequality and labour unrests to mention but a few challenges that exist. We need an Accounting profession that will be transparent, responsible, effective and efficient. The University is rated amongst the 4% Universities globally and therefore it has a huge responsibility to ensure that it prepares its students to tackle not only our country’s problems but that of the entire world because we are all interconnected, hence it is highly important that students are able to think globally and act locally. I am inspired enough to be part of the change.

Every organisation should have its own Philosophy, especially education institutions because I feel it is very important that we as student realise that our qualifications are not only to seek jobs, but to create positive effective change not only in our lives but in the world as well. The University as an institution of higher learning is doing a remarkable job in ensuring that students leave the institution with a broad view of the world and it is important for the institution to produce students that will not see social, economic and environmental issues that we face as problems but rather as challenges that need solutions from us.

Business has a social responsibility in as much as they have an economic responsibility to impact in the communities they exist in and it is vital for them to learn how to adopt in their specific fields. Globalisation has shrunk the world we are more connected to the world than we have ever been it is of vital importance that we learn from different countries and build support networks. Having been a volunteer for Oppierif Men’s Residence and the University of Johannesburg Community Engagement Unit to mention a few, the summit made me realise the importance of volunteering to uplift communities and that Non-Profit Organisations need to have sustainable strategies in pursuing their objectives. I highly recommend the University to sponsor delegates for initiatives such as One Young World. 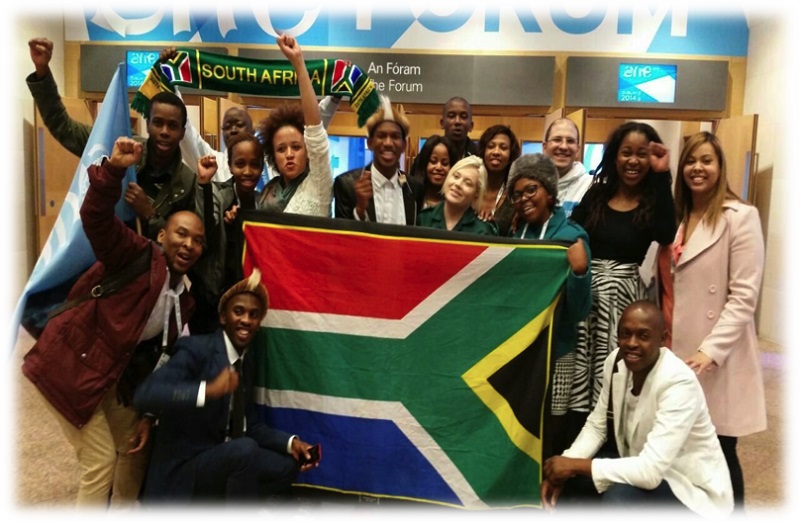